More Than a Film

“Where Forever is Now” 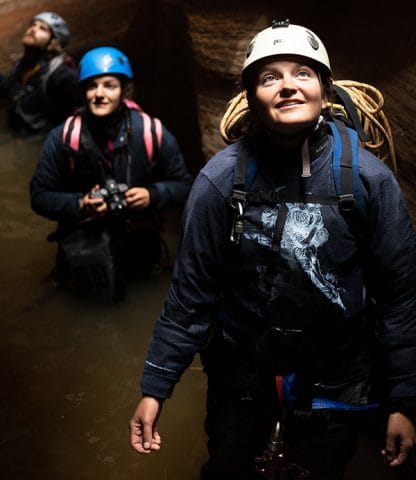 There are two very exciting moments to look forward to in 2020. The Zion Forever Project is proud to share with our amazing supporters the new park film, “Where Forever is Now”. The new movie will take on two different forms as it gears up for its premier. A feature length documentary version and a special in-park visitor version that will play to park visitors at the Zion Human History Museum.

“The current park film was almost 20 years old, and in celebration of Zion’s first 100 years, it was the perfect time to honor the park with a fully updated film. The goal was always to tell the story of Zion, but with so many stories we realized early on it was going to take a chorus of diverse voices”, said Mark Preiss Director of the Zion Forever Project. In the spring of 2020, visitors will have an opportunity to see the new in-park visitor version of the film. Park goers can stop at the Zion Human History Museum (shuttle stop #2) to see the film and learn about the forces at work inside the park. With over 4.5 million visitors each year, this film will serve not only to educate visitors about Zion but also to inspire them to be aware of how humans interact with the larger ecosystem.

The film tells the awe-inspiring story of Zion National Park through the eyes of its “Keepers” including Southern Paiute voices, local residents, rangers, first-time visitors, climbers, canyoneers, and artists.

This final product was the result of over 2 years of filming, production, and editing. Local.Studio is the production house putting literal blood, sweat, and tears into telling this story. They hiked, climbed, and repelled while carrying hundreds of pounds of equipment through the many tight slots and cracks that make Zion famous. The feature-length film will be heading to film festivals in 2020, so stay tuned for a screening near you.

“What Zion Forever has done to raise awareness about the importance of stewardship in our National Parks cannot be overstated. Each of us has a responsibility to these precious lands, not just because they have been set aside by law but because their cultural and ecological importance and beauty deserve it,” explains Jeff Bradybaugh Superintendent Zion National Park.

Zion Forever will make the in-park visitor version available in the park stores beginning in the spring of 2020.

“Where Forever is Now” would not have been possible to produce without the generous efforts of many including Zion Forever Project supporters like you. Additional contributors include MYSTERY RANCH, the Greater Zion Tourism Office, and the Utah Film Commission. A generous gift was also made by Trudy Donnell in honor of John Donnell, a long-time supporter, volunteer, and advocate of Zion National Park.