Going to Bat for Bats 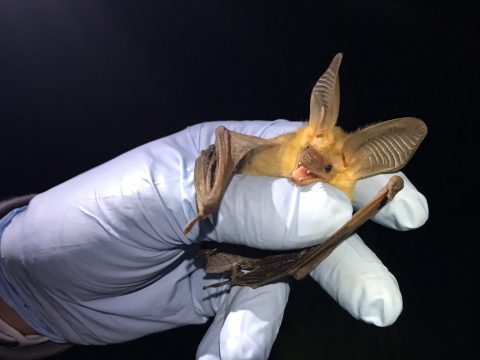 While bats may not be the first animal you think of when you picture Zion, the canyon plays host to a very robust population of bats.  In the 2019 Field Guide, the Zion Forever Project put out a call to donors to help support a project dedicated to making sure our local bat population remained healthy.  Working with citizens and climbers, Janice Stroud-Settles, Zion’s Wildlife Program Manager, gives an update on the amazing work done to date.  Projects like this are only possible with the support of “Keepers of the Sanctuary.”  Keepers are the people that live and work in Zion and donors like you!

An Update from the NPS Program Manager Janice Stroud-Settles

Our spring surveillance for white-nose syndrome in our bat population has concluded for the season in two park units on a happy note. Between trapping at Pipe Springs National Monument and Zion National Park, we captured 85 individual bats. The majority of these bats were swabbed with the samples being sent to the National Wildlife Health Center and the National Park Service’s Wildlife Health Branch. All samples tested negative for the presence of the fungus responsible for white-nose syndrome. Heavy snowpack and inclement weather delayed trapping at Cedar Breaks National Monument, however trapping resumed in July.

In addition to disease monitoring, we have initiated outreach with the local climbing community. We attended a “coffee with climbers” meeting in early April and established contacts with local climbers that have proved to be very beneficial. Many of these same climbers attended a trap night in the main canyon in early May. They assisted with trap set-up and were able to see bats up close. We planned a “Bats and Climbers” outreach event with local climbers that took place in mid-summer. Additionally, a [email protected] email group has been established and posters have been distributed to solicit bat observations from local climbers. We have also drafted a climbing protocol and are in the process of acquiring our climbing equipment. Once the equipment has been purchased and an approved climbing protocol is in place, we will begin field-testing our survey protocol to have it ready by October. 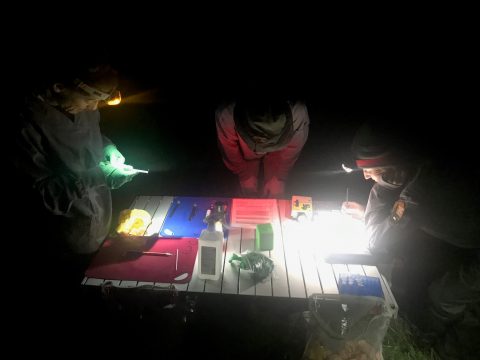 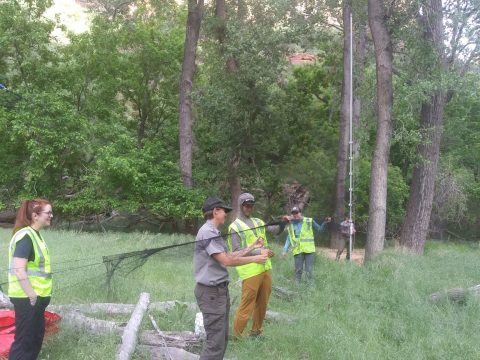