Time moves at a geologic pace inside Zion Canyon. The streaked walls and swirling layers of rock will exist far beyond any of our lifetimes.  In contrast to the slow and paced changes in the mountain peaks, our lives seem to move by very quickly.  What we choose to do with that short time remains a testament to the life we live.  This year Zion is made a lesser place by the passing of two such people, and while their physical presence is lost, their efforts are forever embedded in the temples and towers of rock that surround us. 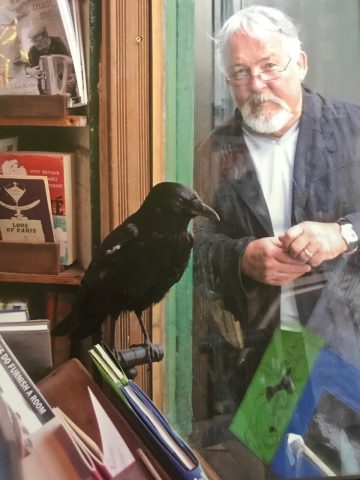 In a land where time moves slowly it takes a certain person to see the future.  Larry was this person. In 1978, Larry and his family saw the possibilities for what, at the time, was a sleepy canyon. After purchasing the old Zion Rest Motel and making major redesigns, Larry reopened it in 1984 as Flanigan’s Inn (named after the original settler David Flanigan).  He was soon to follow with the famed Spotted Dog Restaurant adjacent to the hotel.

Larry was so much more than just a local business owner. Bringing arts, culture, and a sense of stewardship into the canyon was his passion.  His longtime friend and colleague, Roger Reese, said that Larry shared some wisdom with him before his first day on the job, “Take care of the details and the bottom line will take care of itself.” Larry was all about the details.

He championed efforts in Springdale to move unsightly power lines and cables underground and even solicited city council to put aside business tax dollars to help move the utilities under the roads. His hands and work touched almost every event and happening in Springdale from the Butch Cassidy Race to the creation of the famed “Green Jell-O Queen” during the annual St. Patrick’s Day parade that has lasted since Larry helped start it in 1980. It was no surprise in 2002, with the Winter Olympics coming to Utah, that Larry was one of the official torchbearers as the torch passed through Zion.

Larry’s daughter Rebecca shared how her father always had a passion for the arts and worked to make sure that passion was interwoven into the canyon. Larry worked with artists and businesses to found Z-Arts council which focuses on art in Zion Canyon.  He also served as the unofficial “Sommelier” for the Zion Forever Plein Air events and took time to make sure he poured each glass for all the guests.

In 2013, during the government shutdown that closed Zion National Park, Larry took it upon himself to print brochures with alternative scenic opportunities around the state and then distributed them to the displaced canyon visitors.

In his later years, Larry purchased and refurbished the old Rockville School House and transformed it into an amazing home hosting his family as well as numerous town events.  He also served on the Zion Forever Projects council for the creation of our Strategic Plan. His input and vision are permanently imprinted into our work and will continue to guide us into the future.

Larry’s friends and family continue his legacy of making Zion better and keeping a sense of community. 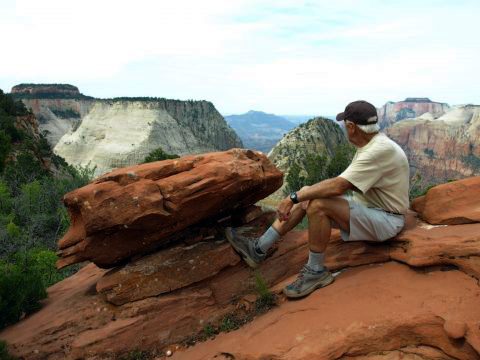 Gene worked with both the National Park Service as a volunteer and also as a guide with the Zion Forever Project.  His longtime friend and colleague Michael Plyler had this to share:

“Gene was a gentleman’s gentleman. His love of life and Zion were nearly limitless.

I first met Gene when he was volunteering at the Information Desk at the Visitor Center. This would have been one of the 2,178 hours he selflessly gave to this Park that he loved. In addition to working the desk, Gene also volunteered as a trail rover, archaeological site monitor, and even put some time in doing visitor surveys.

He came to take every botany and geology class we offered plus he tagged along on any number of guided hikes. His appetite for knowledge in general, and all things Zion, specifically, was insatiable. This enthusiasm made hiring him as a guide a “no-brainer.” For a good many years Gene was my lead guide. Over the years, those folks who were fortunate enough to have Gene show them the Park, knew that they had experienced something special with Gene at the helm.

After many hours of hiking together Gene started pestering me to lead him through the Subway. Thinking I could dissuade him, I informed him if he would go through the hassle of obtaining the permit, I would take him on the hike. Silly me. Two weeks later he called having secured the permit. At the ripe young age of 79, Gene took his maiden hike through the Left Fork of North Creek from the top down. Two weeks later he led a group through himself.

Until their health made it prohibitive, Gene and his wife Zelda were loyal attendees of the lecture series which bore their relatives’ name. Fern Crawford was Zelda’s sister. Gene and Zelda were also extremely active in the Springdale community with Gene serving in several capacities with Z-Arts. Gene was especially dedicated to bringing creative writing opportunities to Southern Paiute youth.

Though Springdale and Canyon residents for a relatively short time, Gene and his wife Zelda touched many folks and made deep impressions. They are truly loved and there is a disturbance in the “force” with Gene’s passing that will not easily mend. Springdale is a lesser community, and Zion National Park has lost one of its staunchest advocates.”