Desert Bighorn sheep are the consummate inhabitants of Zion’s spectacular canyon country. Their presence here cannot be taken for granted. From vast herd across the south west, their numbers dwindled with European settlement, until they were believed to be extirpated within Zion National Park. After reintroduction in the 1970’s their numbers remained low, until a few years ago when the bighorns once again established a robust population, much to the delight of visitors. With this expansion of the herd to over 800 animals, came increased risk for the spread of non native disease, and the potential for a new crash in population. To reduce this risk, Zion, Zion Forever, Utah Division of Wildlife Resources and Utah Foundation for North American Wild Sheep worked together to capture 50 healthy sheep from the Zion herd, reducing the herd’s density and tendency to expand and increasing the herds ability to resist disease. The captured sheep were sent by trailer and helicopter to booster a struggling sheep herd in San Juan County, improving the distribution of sheep in the state. Initial reports are that they are doing well in their new home. In addition, 23 of the sheep remaining in the Zion herd were GPS collared, allowing park scientists to collect detailed information on their movements. We will share data and stories about the sheep as we collect this data. The more than 4,000 people who “Adopted a Sheep” made this possible by providing funding for this project, including GPS collars, helicopter capture work and time for technicians on the ground to track, study and protect Zion’s beloved bighorn sheep. 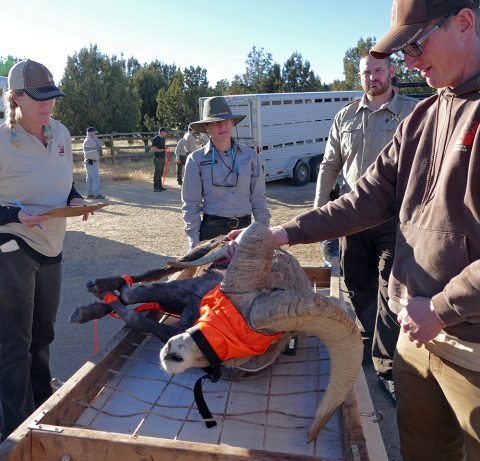 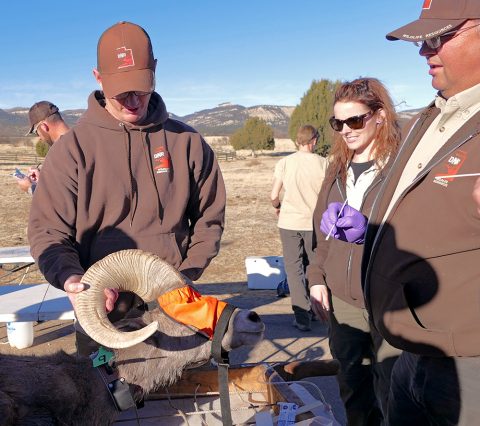 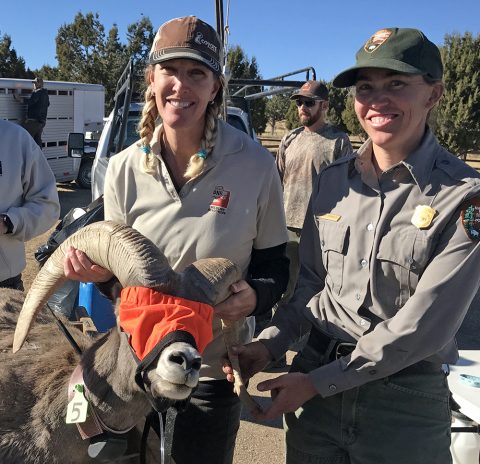 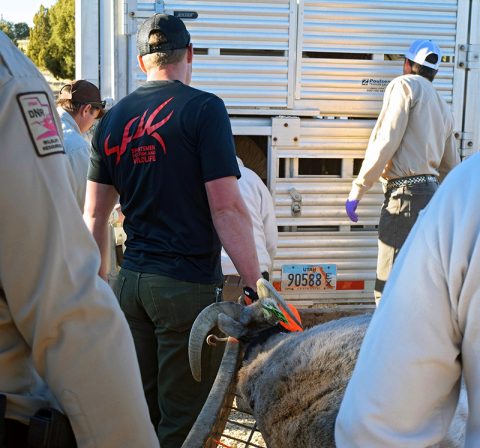 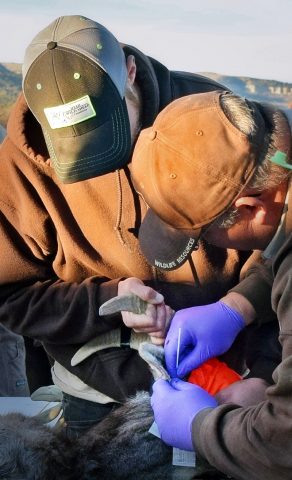 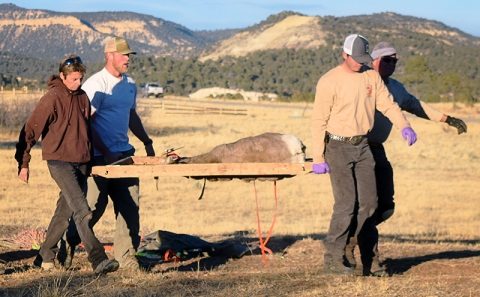